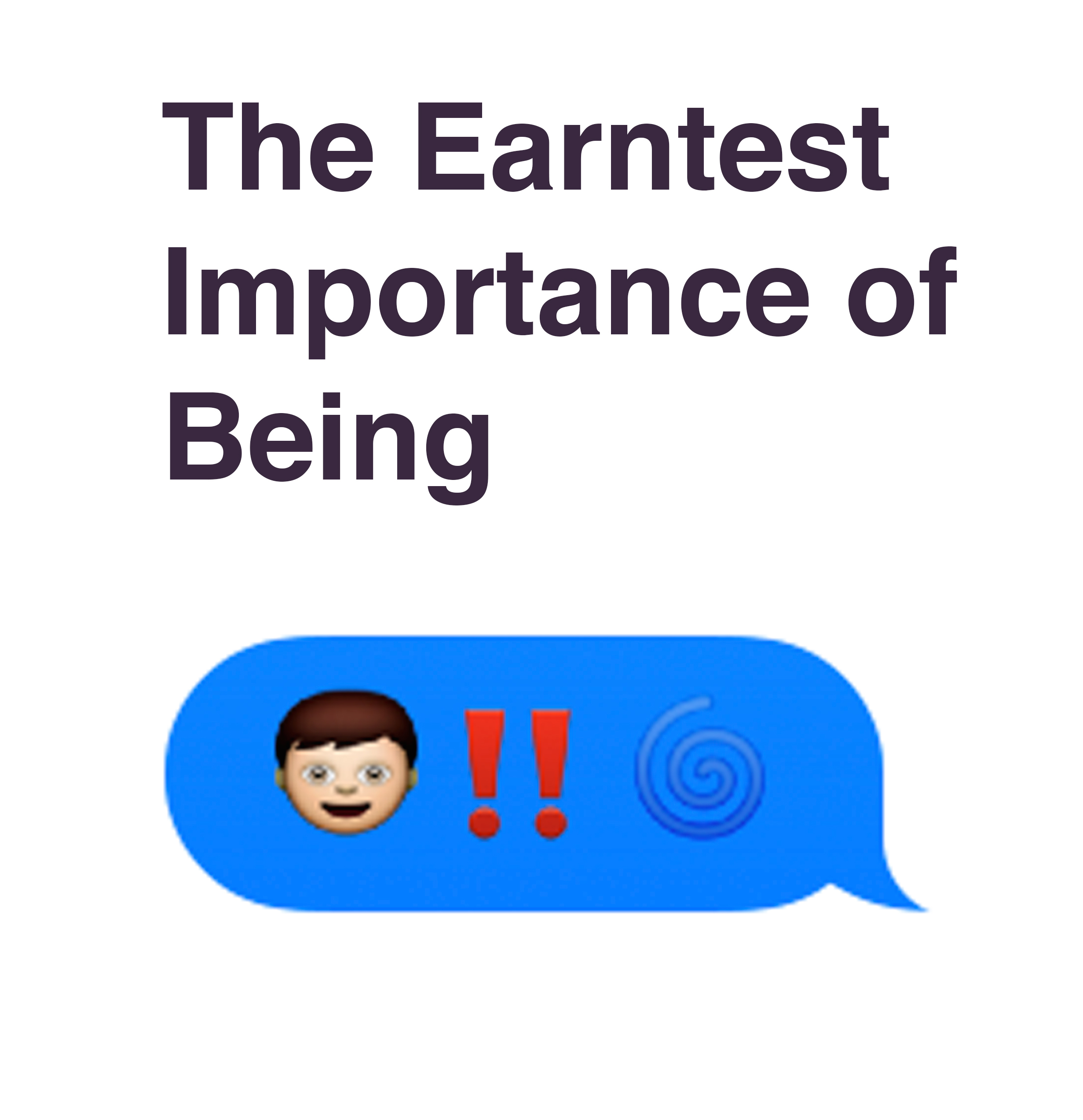 This is an except of my Emoji Treatment of the Importance of Being Earnest by Oscar Wilde. It is an effort to understand how we can modify the written, performative word into virtual, networked, platforms and contexts. Its an effort to see what digital/visual translation does to original written performance texts.

As My first step of my design process, I first made a twitter treatment of the Importance of Being Earnest. Then I turn that text into a staged play, well a play staged with puppets. This was performed in fall 2013 at Parsons Center for Design in my Major Studio class. I chose to perform the entire project myself with sock puppets because Oscar Wilde is said to use the same voice for all his characters. They are all witty, funny, and seemingly shallow characters that “puppet” Wilde’s own societal critique. I incorporated the twitter conversation into the performance by projecting it behind the puppets and pulled up through a series of slides that related to hash tags within the text. Here are some excepts from that project.