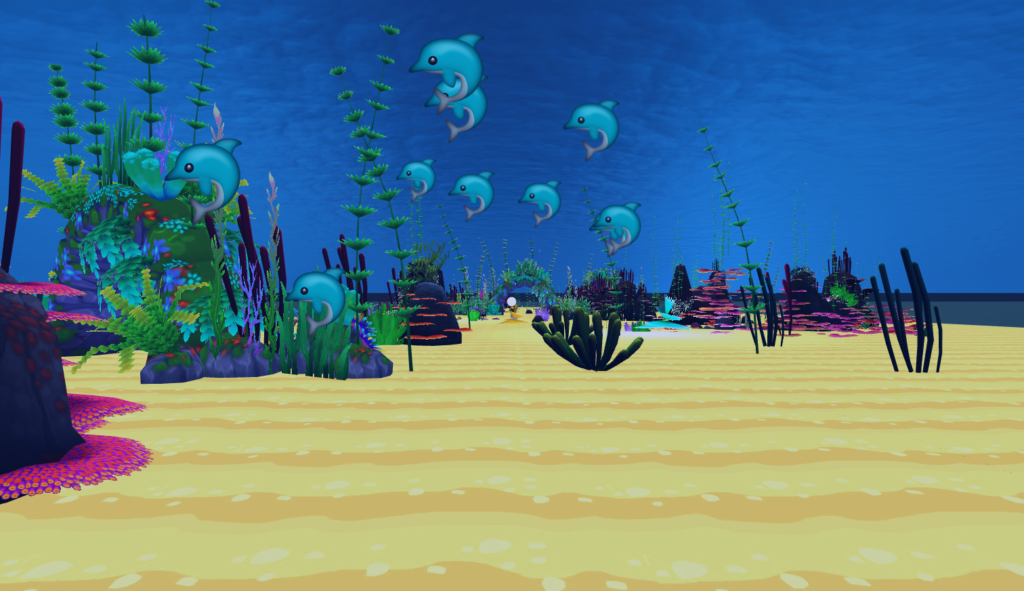 Have you ever wanted to live in a musical wonderland of flowers and Emoji?    Now you can!
EmojiFlower VR is a Virtual Reality art-game that combines Emoji with 90s interiors, natural environments, and original music.

EmojiFlower VR😀🌻  was started as a Virtual Reality research project with Gray Area Foundation for Art and Technology. I built a room that I had loved from a 90s/2000s interiors magazine, NEST. I added in Emoji because they express the culmination of culture in the last decade. Emoji are something wonderful that we embraced in the 2000s. EmojiFlower VR 😀🌻  is a rumination and celebration of the possibility, joy, and strangeness of twenty first century American culture.

After that I debuted the piece at Emojicon. After some great feedback from visitors to the conference, I discovered that this VR experience was indeed a fun game. I began the gamification process and showed the game at the Cultural Incubator Showcase at Grey Area.EmojiFlower VR😀🌻  will be released for iOS by the end of the incubator in November. It was designed and Developed by Niki Selken with original music by Timothy Vickers.