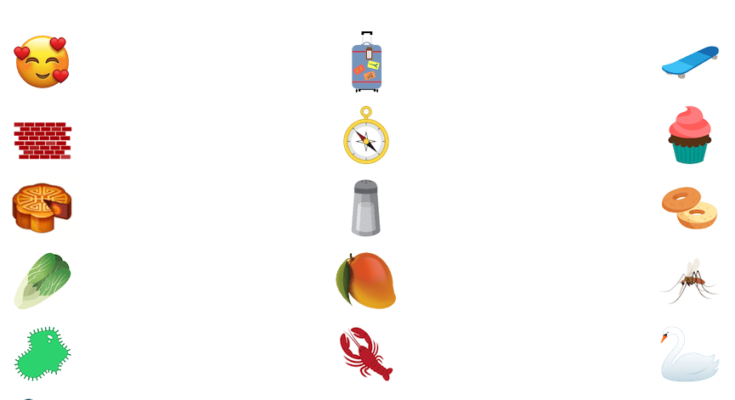 Unicode has released some new Emoji that they will vote on to be added to your phones!

One of the focus points of this round of Emoji candidates is HAIR. We have Afros, Red Heads, Grey Hair and even a shaved head! I know how long many of you have been waiting for the inclusion of a redhead (myself included). Lets hope this Emoji gets included in the next release!

There is also a nod to the scientists and health advocates out there with the Mosquito Emoji!

But global health advocates think there’s one important emoji that’s missing: the mosquito. It is, after all, the world’s deadliest animal. The diseases it spreads, like malaria and dengue, cause one million deaths a year.

That’s why the Bill & Melinda Gates Foundation (which is a funder of this blog) and the Johns Hopkins Center for Communication Programs are lobbying intensely for a mosquito emoji.

These new Emoji are not final, but will be voted on for inclusion in the next round of Emoji updates. So keep your fingers crossed for your favorites! We will keep you posted about any upcoming Emoji Updates!

Check out the new Emoji Candidates Below!